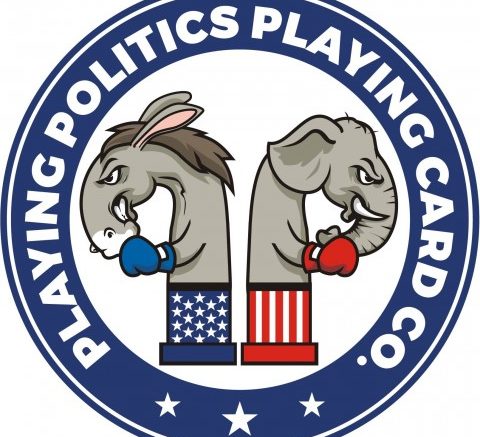 The “UNPRESIDENTED” deck of Trump Administration playing cards developed by two Des Moines area attorneys in collaboration with nationally syndicated political cartoonist, Brian Duffy, hits funding goal within 4 days of launch, and with less than a week left is 250% of goal!

DES MOINES, IOWA – 10 Apr, 2019 – The current crowd funding effort for “the UNPRESIDENTED deck” on Kickstarter is scheduled to end this coming Sunday, April 14, but has already exceeded its funding goal by 250%.

“We are so excited to have greatly surpassed our fund goal which will now allow us to bring this fun and historic deck of cards to market,” Michael Kent, co-creator, said. “After the 2016 election, we wanted to do something to express ourselves in the wake of this administration’s people, policy, and behaviors,” said co-creator Thomas Tully, “Our initial concept was called ‘The Deck of Deplorables’ but that concept tested negative so we decided that ‘UnPresidented’ more positively captured our feelings and, like our artwork, has multiple meanings.”

Developed in conjunction with Des Moines’s very own, nationally recognized and award winning political cartoonist, Mr. Brian Duffy. Brian was the editorial cartoonist at the Des Moines Register for over 25 years and now is a syndicated cartoonist in over 400 regular publications. Brian’s artwork uniquely captures the elements of each individual while also incorporating hidden in plain sight, “Easter Eggs” that lampoon or elaborate on the depicted subject. “Everything that I have included in the artwork has some sort of meaning or relevance, from the colors used to items in, on, or around the individual. It is really mental as well as visual art!” Duffy says.

The UNPRESIDENTED deck, like an ancient deck, each suit has unique symbolism as Spades represents the Trump Administration that includes such notables as Stephen Miller, KellyAnne Conway, Scott Pruitt, and Sarah Huckabee-Sanders… and of course, Donald Trump! Actually, Donald Trump is the “King” (literally and figuratively) of every suit. Other suits are: Clubs which reflects Congress; Diamonds relate to “Trump & Friends”; and Hearts shows Trump family and Allies. And of course we have a two sided, “Comey Joker”, dressed as a “devilish jester” holding a trident that has “skewered” Trump on one side and Hillary on the other.

For more information, go to: www.PlayingPoliticsCards.com or visit our Kickstarter page at: https://www.kickstarter.com/projects/unpresidented/the-unpresidented-deck-political-playing-cards