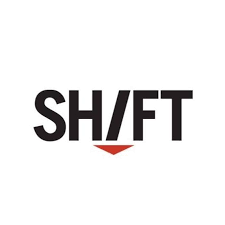 After thorough investigation, TTB concludes Center is “better equipped than ever” to do its work

Jackson, WY – May 20, 2019 – A “diligent” review by the Jackson Hole Travel and Tourism Board (TTB) into complaints leveled against organizers of the outdoor recreation and conservation festival SHIFT has concluded with an announcement of the TTB’s complete and ongoing financial support.

The announcement was made with “full confidence in The Center for Jackson Hole’s ability to execute on their organizational changes and stated objectives for which the funding was originally approved.”

The TTB commissioned the annual SHIFT Festival, which explores issues at the intersection of outdoor recreation and conservation, in 2013. It licenses the name SHIFT to nonprofit organization The Center for Jackson Hole (The Center) to execute.

As part of its mission to strengthen the coalition of interests dedicated to the protection of the natural world, The Center also runs The Emerging Leaders Program, which trains a diverse group of young outdoor recreationists to participate in the programming at SHIFT.

On April 25, a participant of The 2018 Emerging Leaders Program wrote a letter to the TTB requesting that they stop funding SHIFT, alleging that the Center’s programming was culturally insensitive to participants.

In making their announcement, the TTB commended the leadership of The Center for Jackson Hole for the extensive organizational and programmatic changes the organization has made since last year’s SHIFT, stating, “It is our belief that through this process, they have become better equipped than ever to proceed with their valuable work on the challenging, pertinent issues surrounding conservation, recreation and outdoor access.”

“We are heartened that the TTB, in its diligence, reached the same conclusion that our board arrived at in November,” said Dr. Len Necefer, Board Chair of The Center for Jackson Hole.

Christian Beckwith, The Center’s Executive Director, agreed, and expressed his interest in continuing The 2018 SHIFT Festival’s focus on the growing grassroots movement of “nature as medicine.” That work inspired the May Outside Magazine cover story, “Ask Your Doctor If Nature Is Right For You.”

“We’re looking forward to developing October’s SHIFT around the health benefits of time outside,” he said.

Tickets for The 2019 SHIFT Festival, which will focus on the health benefits of outdoor recreation, go on sale August 1. For more information, visit www.shiftjh.org.

SHIFT (Shaping How we Invest For Tomorrow) is an annual festival that explores issues at the intersection of outdoor recreation, conservation and public health. It is a project of The Center for Jackson Hole, whose mission is to strengthen the coalition of interests devoted to our public lands. Join the SHIFT movement: sign up for our community at SHIFTJH.org, and follow us on Facebook, Instagram and LinkedIn.