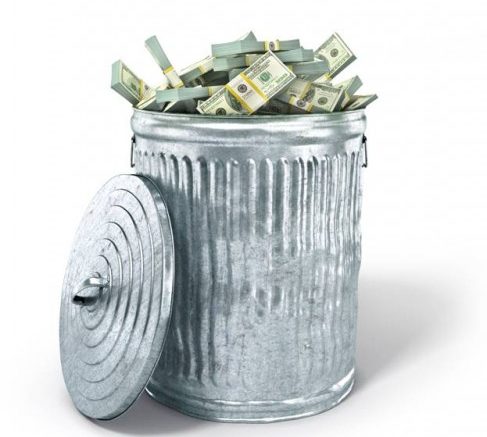 SANTA BARBARA, CA – July 20, 2020 – Following meetings with Fisher-Colodny Media to fine-tune its broadcast, cable, digital and streaming TV problem analysis, senior TV executives agreed (some grudgingly) it identified the real flaws in the 1960s-era model still used today last relevant when ABC, CBS and NBC ruled media decades ago and the video-game Pong defined high technology. Because it made the hard-to-copy adjustments accounting for the 21st-century’s explosion in media, competition and technology, they also agreed Wall Street will recognize the company teaming with FCM as the leader.

Many emails from an NBC SVP Development confirm that, if not for bad timing since his budget was spent, he would have bought two series from FCM, even though the company has never worked in TV. Other reactions included, “once in the marketplace, TV studios will be lining up at your door,” “you understand the industry better than the people running it” and “you should be running a TV network.”

While many in TV know the model is broken, the executives FCM met with agreed they fixed it.

“However,” said FCM’s Ken Fisher, “Top executives at CBS, Disney, NBC and others refused to have us join them. Others told us the reason was we committed the ‘crime’ of having senior executives agree our model is far-more effective, which means the fraternity running the industry is incapable of successfully operating in the ultra-competitive 21st century. That made us a threat, not to stockholders, but to the fraternity, since a better model might invalidate them and end the financial gravy trains they are on. One media company is so feaful this will come out they’ve threatened us with legal action if we reveal emails sent to us by its executives.

Should FCM’s claims be disputed, it put together a 9,000-word White Paper for media and streaming company Board members, Wall Street analysts and even phone and cable companies seeking to buy an undervalued media company confirming it is TV’s future. By visiting www.fishercolodnymedia.com they can receive the first analysis proving the model’s defects and solutions with supportive emails and research from a firm trusted by major advertisers, Survey Monkey, research unwittingly confirmed by Nielsen and Facebook.

He explained, “Major media and streaming companies invest up to $17 billion yearly in TV series that, due to how they’re created, very few people relate to, so they begin by limiting viewers. Then they further minimize them by spending one to-two-billion more, in cash and time, on the least-effective promotion in business history; it’s the main reason TV shows fail. Promotion is critical since people have millions of broadcast, cable, digital, streaming and other options to choose from, but time to watch very few, and promotion is the main determinant of those they do.”

Adding a guessing-based buying process and irrelevant research to the mismanaged development and promotional billions explains why low viewing levels are the norm and a true, non-spun success is rare.

Since viewers monetize every company in the industry, lower broadcast and cable ratings, digital visits and subscribers at Comcast, Disney, Amazon, Netflix, etc. reduces their revenue, profit and market value, the latter by, potentially, billions of dollars. Also paying a steep price are those depending upon them for content or its delivery, including network affiliates, production companies, agents, casts and crews.

Fisher added, “No executive challenged our development-pitch-promotion upgrades since they’re from existing, but hidden, TV truths backed up by extensive research. Nor did they challenge that we have the only correct response to the industry’s key question, how do you create a successful TV series? They also agreed we can do what no others can: prove during the pitch how series created under our model will easily outperform all others. And our advantages can make not one, but a dozen-or-more series a year successful from the two dozen we developed, producers using our model and those we only promote.”

“While everyone is focused on technology,” he concluded, “we upgraded the core model that determines results, which makes the issue not if ratings, digital visits or subscribers, and revenue, will increase, but by how much. And, with a slight adaptation, our model applies to motion pictures.”

While the industry is focused on technology, FCM recognized that the underlying TV model is obsolete. Discovering a “secret sauce” in Nielsen research having a 100% correlation with much-higher viewing levels and, by expanding upon it, series developed or promoted via its model will become, by definition, more successful. Ken Fisher and FCM can be reached at fishercolodnymedia@gmail.com