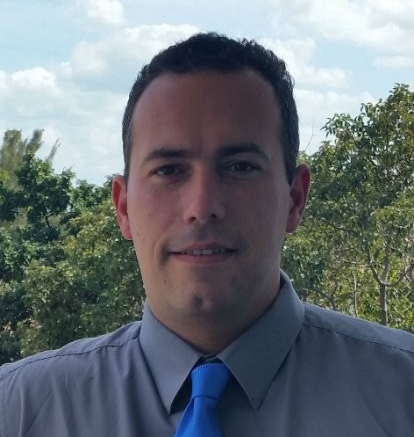 Los Angeles, CA – April 16, 2020 – Over the past 18 years, the 37-year old co-founder of Traffic Gnomes and Amplified Authority, Vince Whinnery, has made some remarkable achievements in the digital marketing world. Over the years, he has worked tirelessly to establish himself as a leading business developer, investor and marketing expert who has been dedicated to bridging the gap between online and offline businesses. He started his career in digital marketing, which eventually took him on an incredible journey that included being part of several cutting-edge media companies, startups and more.

Whinnery’s current role as the leader of Traffic Gnomes is to help people, brands and causes develop solid marketing platforms that help companies reliably generate sales and income with the ability to scale. Momentum, persistence and relentless drive has helped Vince Whinnery build one of the most reputable and fastest growing digital marketing and public relations agencies in America. That said, it has not always been easy going for Vince, and that is well-evident from his humble beginnings.

Born in the 80’s near Dallas, TX, Vince Whinnery had a diverse upbringing. As a child in the late 80’s and early 90’s, he grew up in central Texas and then moved to Alabama for much of his later childhood. He has received numerous accolades for his business achievements and continues to help communities through volunteer efforts and contributing to local entrepreneurs.

When asked where the idea for the PR firm, Amplified Authority came from, Vince claims it started around 2015 after developing numerous successful digital marketing campaigns for years and realizing there was a consistent formula the most successful business owners used to help them achieve their success. He decided to reverse engineer it and rework it so almost anyone can have similar results. “I made the decision to help other businesses who have a great product and can really help people and make an impact. Helping those companies rise to the top is a great feeling and combines well with my advertising and marketing background.”

After having a conversation with a local coffee shop owner during the 2020 pandemic, he realized most local businesses were hit by a drop of 70% or more in revenue. “We couldn’t stand by and watch the economy fall. So, having an unfair advantage in this area, we decided to do something about it.” He, along with a few other business owners in the community, developed the “Small Business Bailout” program which pooled funds and resources in order to help local businesses survive the economic fallout of Coronavirus.

Whinnery stated he has had many mistakes, failures and bruises along the way, and admits that when he was younger, he might have gotten too aggressive and let his ambitions take things too far at times. “Everyone is competing in the same space and trying to make a mark. But only a few will win out. With the speed of change in our world you have to always be on the lookout for the next strategy and not rely on any single path for success.” Given that markets are changing faster than ever before, Vince advises that any business owner looking to build a solid business focus on the foundational principles but also make sure it isn’t tied to a single marketing or distribution channel. “You must be able to pivot fast and be light on your feet if you are to succeed in this decade.”

To learn more about the Small Business Bailout or to help go to https://smallbusinessbailout.co