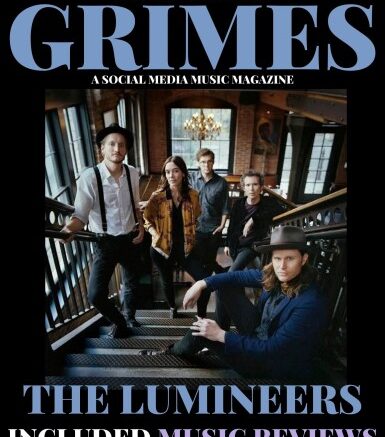 Grimes Magazine, the monthly entertainment industry, Illinois based magazine sets ready for the release of its 6Th issue this August 2020, of which will feature one of the biggest bands in music to be on its front cover. Alicia Grimes, Founder & CEO of the magazine, is proud to announce that Grimes Magazine will honor Atlantic Records 2x Grammy Nominee American folk rock band “The Lumineers” on its front cover with Atlantic Records Platinum Recording Artist Kiiara on the backside. Besides Alicia Grimes’ Top 20 Unsigned Music Reviews, inside the pages, the galaxy of artist and performers ranging from music, models, and sports will inspire Grimes Magazine followers.

With the rise of celebrations, appreciations, and success on its each monthly releases, Grimes Magazine is booming and evolving into a nest for unsigned talent. The all-inclusive magazine has been a source of hope and acknowledgement for not just a specific genre, but for all those who endeavor to fulfill there dreams and follow there passion. Having sizeable followship on social media has made Grimes Magazine expand into a multi proffessional content creator. In this latest release, the magazine will be featuring celebrities like Amadeus, the Multi – Platinum producer of  Bad Boy/Hit Men, Actor Pablo Molinero, Former US Navy Seal Robert J. O’Neill, Howard Bloom and acts like  Appollo Junction and The Silver Lines.

Inside the issue a vast array of artists will be showcased throughout the pages with new music releases from Atlantic Records artists Melvv, No Cap, Kings Most Wanted, Rare Americans, Lil Skies, Road To Fast 9 Mixtape, Rising Producer Whipped Cream, Whethan Taps, Illiterate Light and Kiiara. The magazine will also host Models and UFC Fighter Martin Day in conjunction with Grimes Magazine Magazine’s “Next To Blow” artist PG13 and DGreenamonster, Video Game Reviews. Without any shred of doubt, the illustration sketched above makes it an action-packed modern literature in the shape of a neoteric American magazine.