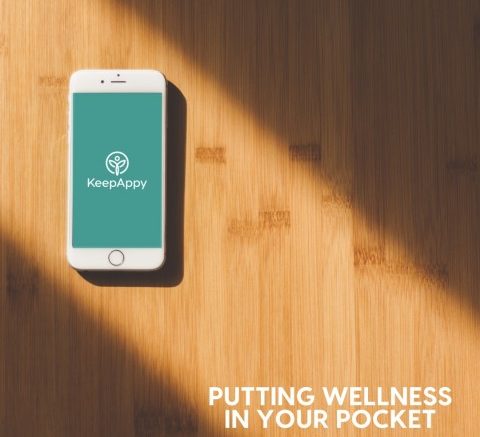 KeepAppy launches the mobile app that provides a toolkit of comprehensive and proactive mental health care!

DUBLIN – July 10, 2020 – KeepAppy designs a revolutionary wellness platform to empower young people to care for their mental health. They have successfully created a practical and data-driven approach to reduce the stigma around mental health and equip users with the tools required to take control of their daily mood, stress and wellbeing.

KeepAppy is a mental health gym with personalized recommendations and content based on user interaction with the integrated mood tracker. This is a comprehensive wellness app, with 10 psychologist-approved features to help users manage their wellbeing. These features include a Keepie – an adorable digital pet – which users can care for and play with.

After a suicide attempt in 2017, KeepAppy founder Aimée-Louise Carton developed KeepAppy to help people access preventative tools like journaling, mood tracking and goal setting in one place. Co-founder Will Ben Sims joined her mission in honor of his uncle who had died by suicide. The founders have been recognized among the 30 under 30 most influential people in Ireland, and Aimée-Louise has been listed among the top 20 women to watch in 2020.

“KeepAppy is a for-profit social enterprise which is committed to ensuring preventative tools are available to everyone, especially those who need it the most,” says Aimée-Louise. “We operate a 1-for-1 model – for every new subscription, we donate a lifetime membership to someone struggling with their mental health.”

This wellness app has reached over 100 countries and put Ireland on the map. KeepAppy is the only European startup backed by Pivotal Ventures – a Melinda Gates fund – as part of the Headstream Accelerator in Silicon Valley. The founders launched the beta version of KeepAppy in September 2019 then developed a full version of the app in under 12 months.

KeepAppy believes everyone deserves to find happiness. By reducing the stigma and adversity around mental health and increasing accessibility to mental health care, KeepAppy hopes to put wellness in people’s pockets everywhere.

KeepAppy is a wellness app designed to make mental health care accessible for everyone. The company is committed to reducing the stigma and adversity surrounding mental health while increasing accessibility to mental health care and protecting personal data. KeepAppy’s ultimate goal is to enable the general population to take control of their wellbeing.