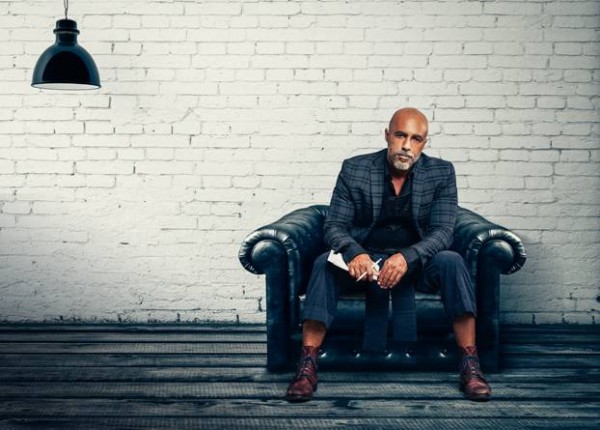 Los Angeles, California – July 22, 2020 – Actor Damian Toofeek Raven received a Daytime Emmy nomination for “Outstanding Principal Performance in a Daytime Program” for Amazon Prime’s indie series, The Chadwick Journals. The Chadwick Journals is an anthology drama series about a former therapist turned author, Chadwick Williams, played by Damian Toofeek Raven, as he interviews Black men who have led double lives. Season 3: Oren, explores the story of a young scorned lover in an HIV serodiscordant relationship, which mirrors a haunting memory from Chadwick’s past.

Created by directing team Deondray Gossfield and Quincy Gossfield, Damian Toofeek Raven originated the role of Chadwick in 2005 in the cable TV series, The DL Chronicles. The DL Chronicles was the first African American TV series to be nominated and to win the GLAAD Media award in 2008. It also carries the distinction of being the first micro-budgeted half-hour digital drama to air on a national cable network. The Chadwick Journals was created as a streaming spin-off in 2012. The series found a home on Amazon Prime in 2016.

“We are blown away by this nomination. The Chadwick Journals was originally created as part of a fundraiser for a Kickstarter campaign in 2012 to bring back The DL Chronicles. The project found an audience and took a life of its own. Being such a small independent project, we never imagined in a million years that we’d be nominated for a Daytime Emmy,” said co-creator, Quincy Gossfield.

If anyone is deserving of this nomination it’s Damian T. Raven who stuck with us for 15 years; from film festivals to cable TV, from GLAAD Awards to a stalled second season, and now an Emmy nomination. He’s such an amazing actor and we’re just grateful to have provided this vehicle for him.” says co-creator Deondray Gossfield. “We feel like Davids against the Goliaths.”

Don’t forget to tune into www.emmys.tv on Sunday, July 26th to see the results!

About The Chadwick Journals and The DL Chronicles

Last year, the creator of Fox’s Pose, Steven Canals tweeted a shout out to Deondray Gossfield and Quincy LeNear Gossfield, the creators of The Chadwick Journals and The DL Chronicles for their groundbreaking work, “Thanks for creating a road map.” and Pose’s star, Billy Porter acknowledged the former series as having been one of the first to depict same-gender-loving Black men on television. While The Chadwick Journals and its predecessor, The DL Chronicles is often acknowledged as having helping to pave a way for LGBTQ African American narratives in television, the work has been largely overlooked or ignored in popular media.