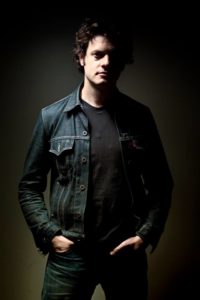 California based Jason Achilles Mezilis is creating musical mayhem on his own terms. When he’s not wailing on his guitar as prominent guitar soloist, he’s taking over the Classical world with his breathtaking piece, “SCHIZMATIQUE NO. 2,” and producing albums in his studio, Organic Audio Recorders. Last month we also saw Mezilis releasing the highly anticipated “Tokyo Drift,” video which shows the essence of his artistry. His critically acclaimed masterpiece COMEDOWN has been taking the music world by storm, one riff at a time. His solo debut piece, he has managed to accomplish more with his endeavor than most artists in their entire career. Mezilis pours his heart, soul and passion into every piece of music he works on, bringing everything from the studio to stage to life. Mezilis is is simply one of the most intriguing songwriters on the West Coast and beyond.

2017 already sees Mezilis engaged in a new 360’ video and musical partnership with award-winning film director Robert Saitzyk (GODSPEED, AFTER THE FLOOD), which should be in front of our eyes soon.Talking to the sharp-witted Mezilis reveals a strong, evenly distributed passion for all of his seeming disparate pursuits. One quickly realizes the meaning of music and sound to the life-long musician, whose musical discovery began with a record player and Prokofiev’s Peter and the Wolf, ultimately transforming into falling in love with the rock n’ roll brilliance of old Van Halen recordings….and we like it.