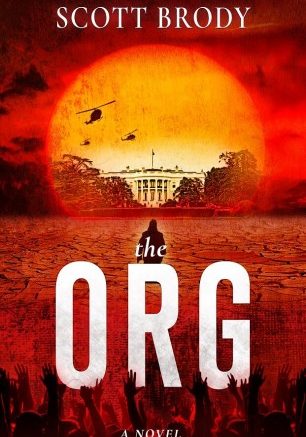 Scott Brody’s Literary Debut, the Org, Is a Game-changer!

Los Angeles, CA – Scott Brody takes political thriller to a whole new level with his debut novel, “The Org.” The book is the first in a series and will be officially released on April 15th, 2020.

When Org member Marianne Wolfe is killed in a New York apartment, it sets off a chain of events that could put Lee Beloit in the White House. The killing attracts attention to the tiny cultish EcoPartyUSA, dedicated to fighting the worsening global climate crisis.

More people are listening to Beloit’s charismatic and powerful message, and suddenly their polling numbers and membership are surging. Seeing this, President Leo Pine sends his people to battle Beloit’s supporters on the streets. Beloit fights back, pushing his people to the breaking point, and decides it’s time to declare for President as a Democrat.

But Marianne’s ex-boyfriend, James Roth, and journalist Walt Jones are searching for her killers, and what they find could derail Beloit’s campaign. Realizing this, Beloit’s top lieutenant, Juan Garcia, decides it’s time for him to act and initiates a plan to silence any threats to the Beloit campaign once and for all.

Set in the near future, when the effects of the global climate crisis are catastrophic,” The Org” is a page-turner with a complex plot that weaves in ambition, politics, and cults as well as universal themes such as greed, revenge, and redemption.

Scott Brody grew up in a political home in New York, where the older generations met and supported candidates and argued about politics.

In the 60s, a teenage Scott Brody learned from and joined in the political and cultural ferment of the time. He marched against the war in Vietnam, listened to Jean Shepherd on WOR, and to WBAI until all hours, read Ray Bradbury and Ramparts. The summer he graduated from high school, he went to Woodstock.

After college, the author spent a few years in a political group similar to the one fictionally depicted in “The Org.”