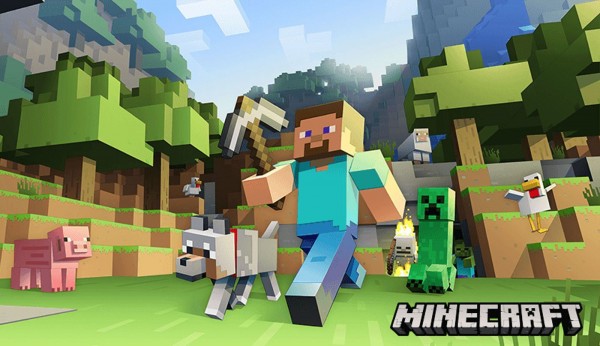 There have been many successful video games over time. Regardless of the quality and the popularity of the games, they usually tend to be trending for a limited time, and then they fade into oblivion. However, there is one game that managed to withstand the test of time – Minecraft. Ever since it was officially released in 2011, Minecraft has embedded itself in our minds and refuses to let go.

A great fan of video games himself, Matthew Keezer founded a company called Orion Immersion, which is on a quest to build the NextGen MMO Games. Matthew has been doing lots of research on the video gaming industry, hoping to create the next title that will take the gaming experience to the next level.

Of course, in order to create the next masterpiece in the video games industry, Matthew had to study one of the most popular games ever made. Here is how Minecraft has remained relevant for a decade.

The Five Pillars of Minecraft’s Success

According to Matthew Keezer, one of the main reasons Minecraft is so successful is because the players are given ultimate freedom. Video games usually feature pre-made characters who have to complete specific missions to complete the game. However, Minecraft does the complete opposite.

In Minecraft, there are no set goals or missions. Each player gets to decide what they want to do – build their own town, create something cool with redstone, or even conquer the Ender Dragon. There are a practically unlimited number of ways to play this game. Based on the simple mechanic of adding and removing blocks, Minecraft’s world does an excellent job of providing freedom.

Minecraft’s “Main” play mode is called the survival mode, and it is based on a concept called Maslow’s pyramid of needs. Maslow’s pyramid describes the fulfillment of human life, starting with the most basic needs for survival on the bottom to self-actualization, or the desire to become the most that one can be, on the top.

Minecraft’s world provides the playground for climbing Maslow’s pyramid. Players start the game alone, with no tools or food. First, they focus on finding food and creating a shelter. Once the basic needs are satisfied, players can climb Maslow’s pyramid and realize their creativity to the fullest. They are free to set self-made goals and conquer the unexplored land the way they see fit.

As already mentioned, Minecraft allows the players to enjoy the game in a number of different ways. They can try out the survival mode and create an enjoyable life for their character. Or, if the player prefers to focus on building, they can play the creative mode. There is also the hardmode, which is just like the survival mode with one main difference – the character’s death is permanent. This gives the game a new difficulty and changes a lot about how to play the game.

It may be surprising to find out that Minecraft is one of the most popular video games ever made. After all, the gameplay is based on putting and removing blocks. However, Matthew Keezer discovered that Minecraft’s simplicity is the secret of its success.

This simple mechanic of placing and removing blocks allows players to create just about anything. In addition, the game features simple graphics, which enable players to enjoy the game on their laptops, computers, or even smartphones.

Players may not pay much attention to music in any game. However, the point of music in a video game is to emphasize the gameplay. So, the creators of Minecraft decided to add calm and unique soundtracks to the game.

Minecraft players can enjoy music composed by the German composer C418, who does an outstanding job creating an ambient feeling through his music. The soundtracks are made to represent the character’s feelings in the game. Sometimes, the songs feel sad and lonely to reflect the vibe of Minecraft’s empty world. Other times, the soundtracks represent other aspects of the game, such as the world’s endless scale.

Back in 2009, Minecraft was just a bedroom project distributed as a Java applet on a web forum. But, it didn’t take long before the game captured the imagination of thousands of gamers around the globe. After the game was officially released in 2011, it spawned a giant community that is still active nowadays.

More than a decade later, Minecraft still remains one of the most popular games, with 126 million people playing the game monthly. In Matthew Keezer’s opinion, the main reason why so many people are still in love with this game is that it ensures a unique experience filled with possibilities. After all, not even the best graphics can make up for the lack of great user experience that Minecraft undoubtedly grants.