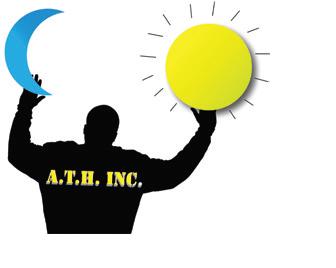 April 5, 2021, will forever go in the files of World history. The record Blue Cheese by Jimmy Black The Journeyman Feat: Tef Kaluminoti, Manny Maddog and Craz is NUMBER 1 ON THE DRT GLOBAL INDEPENDENT AIRPLAY CHART. Not only can all the Liberians of West Africa be proud, the Bay area and people from the DMV can feel courageous; the communities of Syracuse New York can keep Faith and Hope and the city of Toledo Ohio will know, their time is now; Also anyone with a dream can know with hard work and dedication, their dreams can be a reality. At the tender age of 2 Jimmy Black The Journeyman was sent from Toledo Ohio to Monrovia Liberia to be with his grandmother. At the age of 7 his father Joseph N. Bedell III, brought him back to Toledo Ohio several months before the Civil War in Liberia, which killed many of his relatives and friends leaving him forever traumatized. With the split of his parents, traveling to the DMV became the norm, eventually living there. Like most young men following their peers and wanting what they saw, Jimmy Black started selling drugs, and ended up moving back to Toledo… We gonna fast-forward a little bit…

After moving back to Toledo, he started taking his music seriously, His older cousin Jerome Davis Jr. A.K.A., Larry White had a group called FAM-I-LY, While seeing the success of them, Jimmy Black and his brother Robert Neely A K.A. Big Swol started A.T.H. Shortly after, Jimmy got kicked out of school and ended up getting locked up for drugs… We will fast-forward some more. Within a 20 year period he got his G.E.D. on his own in Minnesota.  Jimmy’s confidence became stronger watching his older brother Rinnessy tirelessly selling thousands of albums and mastering the word play in the studio. His mother Wanneh Botoe forced him to go to Strayer University and he eventually received his associates and Bachelor degrees in C.I.S. Inspired by his business partner and friend Brother Maniac with the DMV awards, Jimmy Black moved to Syracuse New York and founded The Upper State Independent Awards. Now with many albums, live shows and tours under his belt, he moved down south with the encouragement of his Brother Mezonic, not knowing this move for a better life was about to tear his household apart and separate his family.

Having faith and believing in himself Jimmy Black The Journeyman moved to the State of Georgia. Still grinding and networking and releasing projects after projects, one day while driving for uber and lyft he met Rose Sasha Offord, who then introduce him to Unk Manny Mad dog, few years later, Jimmy Black asked Unk Manny Maddog to get on the hook of the Blue Chee$e record which is produced by Just Jus Beatz. Jimmy Black The Journeyman then reached out to his brother The Mogul Tef Kaluminoti out of Rocky Mountain North Carolina, and friend Craz out of Illinois to jump on the record. Once the record was done, The Mogul Tef Kaluminoti put the Blue Chee$e record on the soundtrack of the hit movie Savage Genesis. The Journeyman and Tef Kaluminoti decided they needed to break the record. They went to the drawing board and came up with a master plan. After implementing the strategy they put together, the duo garnered over 2000 radio spins, now it was time to bring Unk Manny Mad dog in for the 3 Bosses to come up with an even bigger plan…

Fast forward to today, After Tef and Jimmy put their hard earned money together, the pursuit began. For the last six months they’ve been working each and every day effortlessly to promote this record. A special thanks to all those that participated in helping and supporting the record Blue Chee$e. The Record Blue Chee$e is now number one on the DRT Independent World Global Chart , and Number 67 on the Top 200 DRT Global Chart.