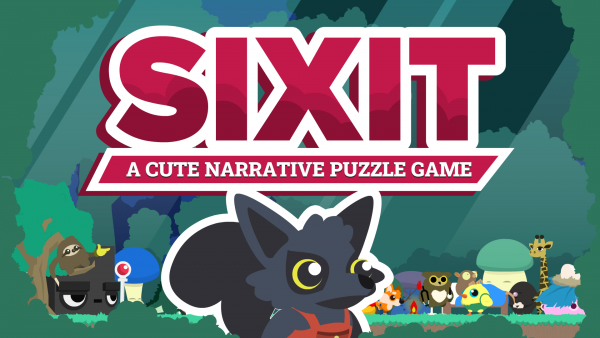 A Cozy Game with Thought-Provoking Puzzles!

Atlanta, Georgia – April 20, 2021 – Star Garden Games announced today that their small narrative puzzle game, Sixit, will launch on PC, iOS, and Android on April 28, 2021. In Sixit, players have only six actions per run. They must choose how and where to use those actions as they explore a tiny world packed with secrets and animal characters in a colorful minimalist style, filled with humor and clever puzzle design.

“Sixit is a game about empathy and community,” says Brad Beyea of Star Garden Games. “We’ve seen players grow emotionally attached to our little world and characters by the end. That’s the most rewarding part of game development for me.”

In Sixit, players start each run by choosing the order of their six actions, which will be used to solve puzzles and uncover mysteries. Over the course of multiple runs, they will unlock new abilities, meet cute animal friends, and (hopefully) save the village from the impending storm.

Star Garden Games is a small indie studio based in Atlanta, Georgia. This is the second commercial project by the team; a follow up to 2017’s award-winning mobile platformer: Binary Dash.

Players can purchase the game for PC on Itch.io, or download the game for free on mobile phones and tablets starting April 28, 2021.