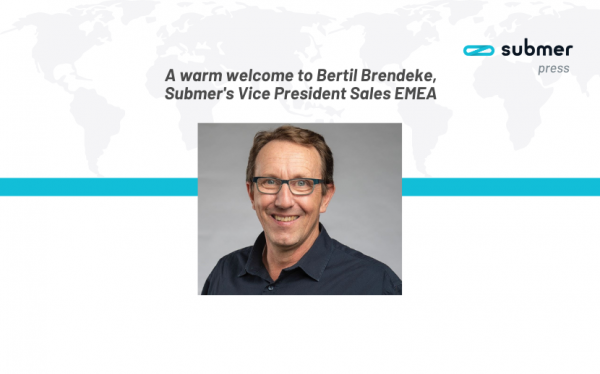 An experienced sales & marketing leader in cloud and hosting industry to grow and support the Submer business in Europe, the Middle East and Africa!

Bertil has held various leading commercial positions including the roles of Chief Commercial Officer at the largest Dutch Windows hosting company, and owner of the Dutch part of hosting company Server4you. In 2007, he joined Odin, the Provisioning & Billing platform software development company, as a VP sales Benelux and Nordics. After the acquisition of Odin by Ingram Micro at the end of 2015, Bertil was appointed (temporarily) CEO at CloudFest, one of the largest Cloud events for Hosters & MSP’s in the EMEA. Bertil joined Acronis in January 2018, focusing on the growth of Acronis Cloud business in EMEA as part of the One Acronis concept.

“In October 2020, Bertil Brendeke joins Submer Technologies S.L. in the role of Vice President of Sales Europe, the Middle East and Africa to drive sales volumes and build a team of sales executives to leverage the power of the Submer technologies and to allow businesses to meet their sustainability goals in combination with a much better return on investment on their datacenter infrastructure, their server performance and automation. As Bertil holds a wealth of knowledge in the Datacenter-, Hosting- and automation industry, we are very pleased getting him onboard,” said Daniel Pope CEO at Submer.

“Having worked with a few of the team members in the past, I am super excited about joining this scale-up company”, said Bertil. “It is always a pleasure to work with young, ambitious, motivated and talented team members. Especially when you know that the market is ready for the product and solutions of the future which are being created by this pool of talented people. That Submer stands for creation of future proof immersion cooling solutions has also been recognized by International investors like Norrsken VC, Mundi Ventures and Tim Reynolds”, commented Bertil.

Submer was founded in 2015 by Daniel Pope and Pol Valls, to make operating and constructing datacenters more sustainable and efficient. Submer helps enable datacenters that make sense through products, platforms, APIs, processes and installations that will move hyperscalers, colocation and huge industries to new levels of efficiency and innovation.