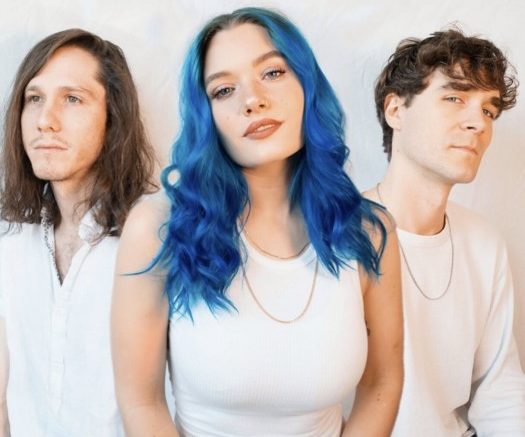 Nashville, TN – June 2, 2020 – IMY2 released their debut single “Bubblegum” on May 28, 2020. Leading up to the release, the band partnered with Sticky Murphy Customs to host a Hypebeast shoe contest. Anyone that pre-saved the “Bubblegum” single was entered to win a pair of limited edition custom shoes designed and created by Sticky Murphy Customs.

Sticky Murphy Customs is the creator of the Nike Air Force One and a leader in The Custom Movement. The company has teamed with a variety of creatives from around the globe that are providing innovative designs for the way people live.

Comprised of Cal Tucker who plays piano and bass, Michael Monahan on guitar, and vocalist and songwriter Annalise Mahanes, the trio has played around the world to rave reviews. Their sound is honest and fun to listen to, but with a serious underlying message that speaks to the core of listeners and makes them feel more confident in themselves.

IMY2 will be releasing a music video, visualizer, lyric video, and acoustic audio/video content to support the release of their new single. With “Bubblegum” the pop trio has created a summer anthem that will be a favorite on everyone’s personal playlist. The aggressive track is a statement on bullying and inspires listeners to embrace their individuality.

Sharp and edgy, but with an easy flow, “Bubblegum” was written for anyone that’s been belittled, denigrated, and needs some encouragement to stand up for themselves. Contemporary visuals complement the music that are fun, colorful, and convey the band’s collective vision of self-acceptance and the freedom for everyone to be themselves.

The outpouring of support for the “Bubblegum” single by IMY2 amply demonstrates the band’s talents as songwriters and musicians. With their unique sound and more than 125,000 followers, IMY2 is well on their way to becoming a household name worldwide.

IMY2 is a three-piece pop group based in Nashville, TN. The band writes and records pop music with a dose of confidence, individuality, and self-love. IMY2 delivers nostalgic female vocals supported by the band’s undeniable chemistry. Their honest lyrics mixed with modern global production create a refreshing and previously unheard sound.