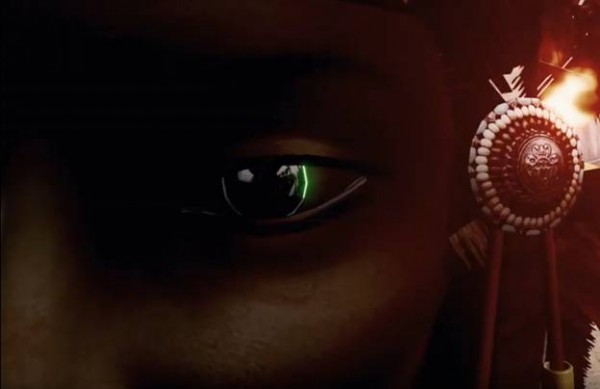 Mississippi has been behind in the gaming and entertainment industry for the past decade. Google reports there are no video games that has been released from the state of Mississippi. The community colleges and Universities don’t include video game development into their curriculum. Raheem Whitaker is on a mission to change that.

Raheem Whitaker is an independent game designer and owner of 90xMedia. He went to Full Sail University for 3 years studying game development, when he realized he could make his own way into the industry. He teamed up Rockim Valdery, also known as “T3”, the brother of famous Atlanta rapper known as “sahbabii’, with the goal of starting a game design company. With skills he learned on youtube, Full Sail, and building a great team, the goal started off to become a great endeavor. In February, they released a teaser on youtube about their first game project. He worked with an artist named Thomas Diognardi in creating a theme song, based off the “Kingdom Hearts” series and Disney, earning him the nickname “RahDisney” amongst his peers. The teaser is beautiful and melodic as it features a Native American woman soaring above the clouds on a bird.

The name of the game is “Moa: The Cheyenne Promise”, it’s a tale based on a true story of the legendary Buffalo Calf Road Woman combined with fantasy elements to create a compelling story during gameplay. The game is laced with large amounts of native american history and art. From the legends of Louis & clark, Sacagawea, Lozen, Geronimo and Pocahontas, he says in this game you will be able to witness it all first hand. “It’s like putting yourself into their shoes,” he says.

“I think this project will make history in more than one way. The fact that it’s the first game to be actually developed and released in Mississippi, also  Sahbabii will be the first Rapper to ever release a video game and giving Native Americans a new hero.”  – Raheem Whitaker, Creator of Moa

He says this concept was inspired by native americans, “the Elder scrolls” game series and the “kingdom hearts” series. The project even gained the attention of actor and stuntman Eugene Brave Rock, an indegionous native actor who played the role of “Chief” in the “WonderWoman” movie by Marvel Studios. The team plans to launch the full trailer by April, 2020 and a demo to play by july 2020. Follow raheem_9000_CB on instagram for updates on this exciting project releasing on Steam, Xbox, and Playstation consoles.