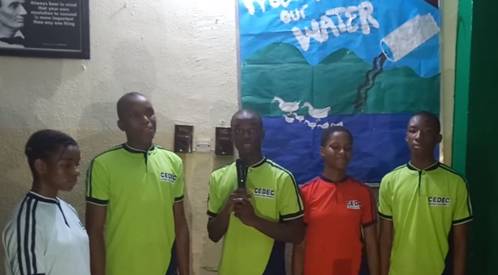 The 3 boys and 2 girls, aged 15-17,will give a presentation of their research project using drones to fight the extinction of the Africa wild dog (also known as painted wolf) in front of representatives from BIEA, Born Free Foundation, Royal Air Force Museum and Nigerian High Commission(tbc).

Phebe Joshua, Jennifer Olisama, Ekene Umegakwe, Abraham Aniekwe and Prince Opara, emerged as one the teams which most impressed the Jury by their standard of research and creativity. Their project stood out among entries submitted by students from 34 countries.

ABOUT THE BRITISH INTERNATIONAL EDUCATION ASSOCIATION

The British International Education Association (BIEA) is a non-profit organisation with a mission to promote the best of British educational practice (Early Year and STEM education) overseas.

It held its first international STEM Competition for kids aged 9 to 17 on July 3-4 in London. This year’s theme was “Using Drone Technology to Fight Animal Extinctions.”