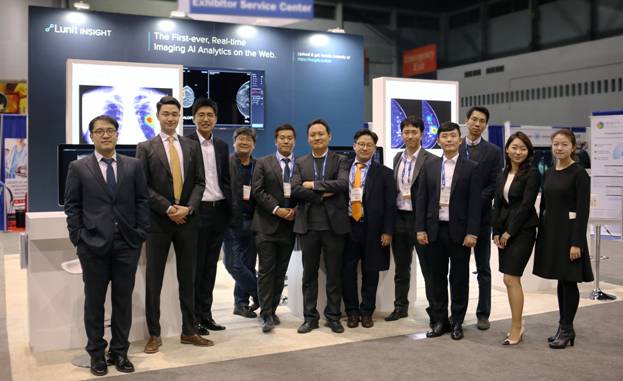 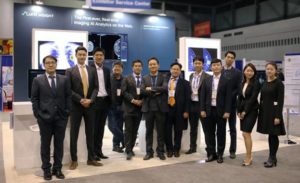 Latest Round Secured as Lunit Aims for Global Growth; Legend Capital and Formation 8 Joins as Investor!

The round was led by Intervest, joined by Softbank Ventures, Kakao Ventures, Mirae Asset Venture Investment, KT Investment(Korea Telecom) and others—a total of 7 international venture capital investors. Legend Capital, China’s renowned venture capital firm newly joined the funding round and an investor from series A, Formation 8, based in Silicon Valley, made an additional investment.

The investment underscores the recent global recognition of the Korea-based company, as well as Lunit’s successful achievements made in the international stage for its top-notch technology. Lunit was chosen by CB Insight as in 2017, and also was listed as “Top 5 AI startups for social impact” by NVIDIA. Lunit ranked top in international competitions such as ImageNet (5th place, 2015), TUPAC 2016 (1st place), and Camelyon 2017 (1st place, post-reopening), surpassing top companies like Google, IBM, and Microsoft.

“The investment and support from the investors were key to our development of medical AI and its global recognition,” said Anthony Paek, CEO of Lunit. “We will now accelerate the market release of our developed products and step up to become a company that can help alleviate sufferings of patients and families from various diseases.”

“We have witnessed quantum jumps in the AI field in the last few years, being applied in different domains. The medical field is not an exception,” said Joon Sung Park, Managing Director at Legend Capital. “We paid close attention to Lunit’s vast and advanced medical imaging data, the accuracy of the algorithm, the excellence of the team and other factors. We would like to support Lunit in their global expansion through providing opportunities to cooperate with our portfolio companies.” According to Park, Legend Capital had also invested in Deep Informatics and Deepwise, both China’s AI start-ups, and Careray, one of China’s well-known X-ray manufacturer.

Lunit is set to present its upcoming business plans at , which will be held on July 19 in Tokyo, Japan. “It is encouraging that Lunit is being globally recognized,” said Junpyo Lee, CEO of SoftBank Ventures. “Lunit is one of the most promising companies that we closely watch.”