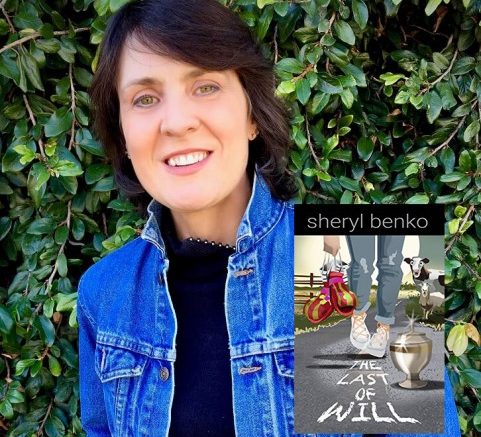 INSPIRED BY REAL-LIFE EVENTS, SHERYL BENKO’S “THE LAST OF WILL” IS A FUNNY AND POIGNANT COMING-OF-AGE STORY!

Los Angeles, CA – Sheryl Benko, credited on such major motion pictures as the Academy Award-winning blockbuster, “Titanic” and Quentin Tarantino’s “INGLOURIOUS BASTERDS,” is the winner of the 2019 Irwin Award for the Best Coming of Age Novel.

Inspired by the sudden demise of a dear friend, the author puts on a humorous spin on the weighty subjects of death and mortality in this contemporary literary fiction novel.

“The Last of Will is a story that celebrates life, with all of its absurdities and challenges, and the strange, hilarious, wrenching, magical and unexpected journeys that fate compels along the way,” says Benko.

To Sheryl, writing her first novel meant more than following her calling to put words on paper. It was a healing process since both of her parents passed away during the years she was working on her book. The writing helped her come to terms with grief through embracing laughter. By channeling the lost ones through Greer’s parents, she also relived the experience of having them in her everyday life.

Sheryl Benko will receive the Irwin Award for the Best Coming of Age Novel at The 22nd Irwin Awards Ceremony. The event will take place on October 16th, 2019 at the Sportsmen’s Lodge Hotel (Studio City, CA).

Rated five stars by the readers, The Last of Will is available in paperback and digital format at the following major retailers: Amazon, Barnes & Noble, Kobo, Google Play, Walmart.

A Southern-Colorado native, she graduated from the University of Colorado at Colorado Springs with a B.A. in Communication, with an emphasis in film and television, and got her first job in the film industry as a Production Assistant on the acclaimed 1993 Western, “Tombstone.” Since that time, she has worked on over thirty films, stemming from some of the most prestigious Directors in the motion picture industry. She has also written screenplays and produced and directed short films.

About the IRWIN Awards

The IRWIN Award, named for Book Publicists of Southern California founder Irwin Zucker, was introduced in 1995 as a way to formally and publicly recognizes BPSC members who conduct the best book sales/ promotion campaigns. Later, a special category dedicated to honoring the best new books of the year was added. Honorees share with the BPSC audience the steps they took that led to the success of their book promotion campaigns.