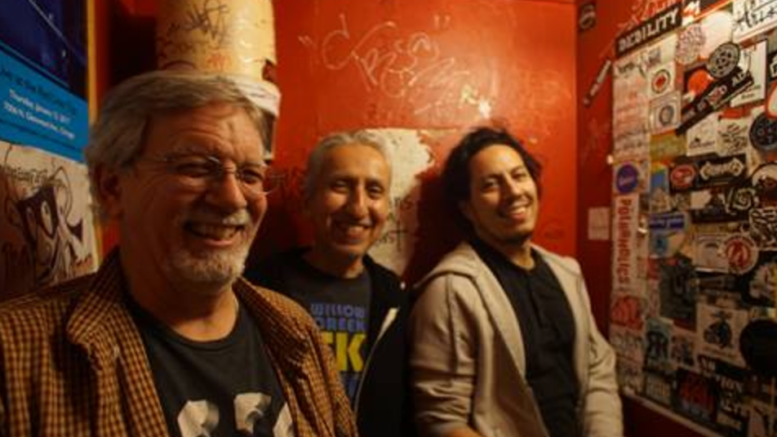 With a fresh take on the sacred traditions of rock, folk and blues, “Famous Unknown USA” is a trio from the Southwest Suburban area of Chicago that has qualified for the semi-finals at ISC (International Songwriting Competition) for their single “Stain Glass Window”. ISC announced the 2016 semi-finalists on February 27th, 2017.

Each year ISC holds a song contest to provide budding and established songwriters with an opportunity to showcase their songs in mainstream arena. With a panel of prestigious judges, ISC is a platform that has helped several aspiring artists win prizes, further their music careers, and gain recognition and exposure in the music industry.

In a brief interview with Akshat Thapa (Ed Cal Media Agency), Christopher Reyes from the band commented: “Famous Unknown USA is an Indie Rock trio including Gary Reyes (Guitar/Drums/Vocal/Songwriter), Bob Hauck (Vocals/Guitar/Bass/ Audio Tech) and myself, Christopher Reyes (Lead Guitar/Rhythm Guitar). We released our Greatest Hits Album in late 2016, and we’ve been accepted to have our music play on Pandora in 2017. We are quite excited that our song STAIN GLASS WINDOW is currently a semifinalist in the International Songwriting Competition.”

Gary has been playing guitar for more than three decades. He has written and produced over 30 original songs for the band. Bob Hauck, also known as “The Hawk” is a perfectionist and has played guitar and bass all over the country. Bob owns Light Shed Studios where Famous Unknown Record and practice. Youngest in the band, Chris has been playing guitar since the age of 10. In his late teens and early twenties when he should have been concentrating on his college studies, he instead dropped out to practice guitar all day and travel the world. He’s since finished college and now he’s found a place with Famous Unknown USA.

Their musical influences include a variety of blues and rock artists like, the Beatles, Rolling Stones, Stevie Ray Vaughn and Motown.