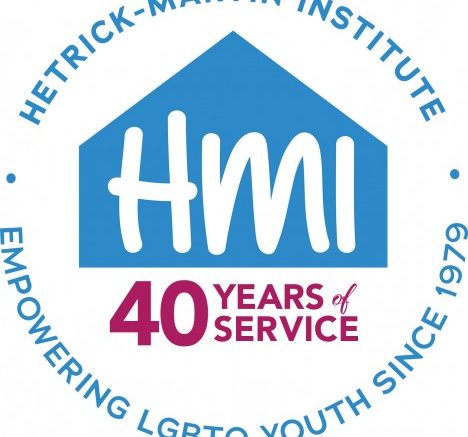 Festivities Run Concurrent with 50th Anniversary of the Stonewall Uprising and the First World Pride Event on US Soil Trio of Observances to Draw Celebs & Notables from LGBTQ Movement!

New York, NY – February 20, 2019 – Celebrating forty years since Hetrick-Martin Institute opened its doors, the nation’s first and oldest LGBTQ youth services organization launches a year-long celebration at its 3rd Annual Women Speak Luncheon, February 28th at the Marriott Marquis in New York City. The Women Speak event addresses the creation of safe spaces for all lesbian, bisexual, transgender, and heterosexual women, where they are treated as equals and with the utmost respect.

The non-profit youth agency is marking this very special milestone by reflecting on its accomplishments over the past four decades including the foundation of NYC’s Harvey Milk High School, launch of the Center for LGBTQ Youth Advocacy and Capacity Building, formation of the HMI Goes Citywide initiative and scores of other programs and services aimed at promoting the safety, health, and wellbeing of LGBTQ young people.

HMI’s 40th anniversary celebration dovetails with two other momentous events for the LGBTQ community, including the 50th anniversary of the civil unrest that kicked off the modern LGBTQ rights movement known as the Stonewall Uprising; as well as World Pride, hosted in the US for the very first time since its inception almost 20 years ago.

HMI Chief Executive Officer, Thomas Krever, struck a forward-looking tone in his comments about the 40th anniversary remarking, “Building atop the solid foundation of HMI’s 40-year record of achievement, we’re focusing on the next chapter in this remarkable saga. We’ll be working to bring thought leadership and best practices to LGBTQ service providers everywhere, because there are at-risk youth all over this great country without access to an organization like HMI here in New York. We’re sharing our innovative model for success with community stakeholders, non-profits and service providers all over the US and the world to ensure LGBTQ young people don’t have to travel for this type of support and can safely, effectively access critical support within their own communities.” This is a commitment already being fulfilled with the founding of HMI: New Jersey in 2012 modeled after Hetrick-Martin Institute’s 40 years of best practices.

Mr. Krever also expressed gratitude to all those involved, noting the loyal support of donors, board members, partners, advocates, alumni, staff and volunteers calling them, “the reason countless LGBTQ youth have prospered and flourished, and today are sharing their own successes, paying it forward to help young people like them experiencing similar circumstances.” He also commented on this year’s World Pride Partnership program where Nordstrom and Bloomberg, the first of several companies, are providing unique sponsorships, on top of perennial support, throughout this very special milestone year.

Founded in 1979, Hetrick-Martin Institute (HMI) is the nation’s oldest and largest nonprofit leader in LGBTQ youth service programming. Today, HMI serves more than 2,000 at-risk youth each year between the ages of 13 and 24 from more than 300 zip codes in New York and throughout the tri-state area, and an additional 8,000 young people through outreach efforts – as well as countless lives changed by our advocacy, training and capacity building work around the world.