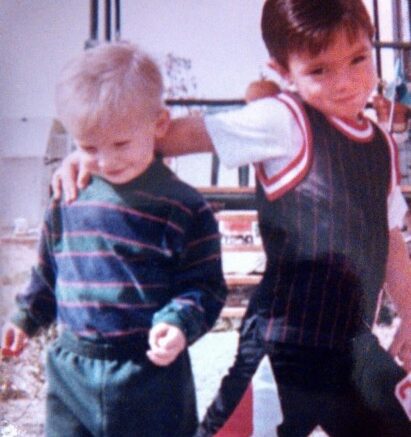 When being an artist who pours their heart and soul into their work, oftentimes the goal is not fame, celebrity, or money. It is to be acknowledged by the world for your talent, passion, drive, and your ability to convey your feelings and emotions and be able to authentically express yourself through music. To a lot of people, music is a form of expression. Everything from lyrics, beats, instrumentals, compositions, and even production is all a concoction of the artists’ skill and feelings. To an artist, being able to convey what they want to with their music, to spread a positive and impactful message the way they had intended is a success story, and in a flooded market like the music industry, that is not a story one gets to learn every day.

Stefan Islas Ross is one such artist. Hailing from Sierra Blanca, he was born on the 27th of May in 1995 and knew from a young age how important music was to him and the immense role it played in crafting him into the person he is. Although his love for music stemmed from its ability to “calm his energy”, it was always something that left him feeling like he was at peace and it was always a source of happiness and positivity in his life. His creativity was his safe haven and he always felt secure and comfortable when making music and exploring the different facets it had. Over time, he grew as a person and his art developed alongside him. His experiences enriched his talents and he soon found himself feeling a deeper connection with music. It was not a surprise to anyone when music became an extension of him, his feelings, and his own unique form of expression.

When he was a senior in high school, he released his first mixtape titled “Barely Conscious” at the tender age of seventeen. In the same year, he released another mixtape called “Conscience”. Just one year later, he returned to the scene to release his third mixtape called “Phase 1” which was a collection of all the freestyles he had done since releasing “Barely Conscious”. Stefan did all this whilst keeping his identity hidden, and he has maintained the mystery surrounding his real identity to this day.

In 2018 Stefan released his track named “Bojack”, he garnered over a whopping one million listeners. In 2019, rapper and global sensation Drake shared a video clip of him dancing to “Bojack”, which gave Lil Conscious a major boost as an artist. The shoutout from Drake brought more listeners to his songs, resulting in him having over a million views on SoundCloud and over 300,000 streams on Spotify! His moment with Drake was not the last. Renowned rapper Trippie Redd and Lil Conscious met and discussed each other’s music and spent hours getting to know each other. This allowed him to obtain precious feedback from a peer in the industry, and learn from someone who had been making music with the same passion and drive as him.

His success didn’t stop there! His single “Ashes” sold over 500,000 copies and rewarded him with a gold plaque. His efforts allowed him to get recognized by other artists namely Drake and Diplo, resulting in him getting a deal with OVO Records.

Although Stefan’s career has been met with success, he says he only makes music to carry his message and emotions forward. Part of the reason he hasn’t revealed his identity comes from him just wanting to appeal to people through his art. Although he has kept it secret, he plans on making a big reveal this year. Follow his Instagram (@lilconscious) to keep up with him, as regrettably his old account with over a million followers was deleted. He has still amassed over 190,000 followers yet again. Let’s shout out our support for Stefan Ross (@lilconscious).