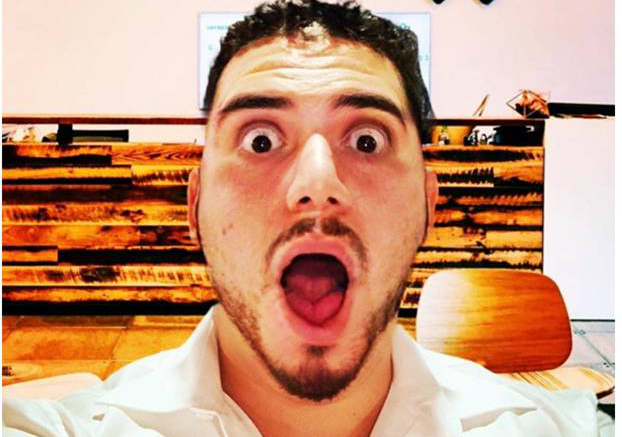 We all know the name Gary Vee because he is arguably one of the most well known American entrepreneurs of today. There was nobody around to really compare him to, until now. In Puerto Rico, there is a serial entrepreneur and Software Developer named Tony Delgado. He is the face behind the world-renowned Disrupt Media and Disrupt Mentors. Disrupt Mentors is a program that helps empower and teach young entrepreneurs about making money online and the basics of entrepreneurship. He has traveled the world to speak and host events because when it comes to sharing knowledge, he is quite generous. To understand his story and who he is we must go back a few years.

When Delgado was 18 years old he began to sell on eBay and Amazon to earn some extra cash and he was actually good at it. He went from making about $50 a week to $3,000 a day. That is when his entrepreneurial spirit really kicked into overdrive. Over the years he was making good money and earned a name for himself by winning multiple Hackathons.

Once Hurricane Maria hit Puerto Rico in 2017, Delgado decided to fly over there to help the people and the communities that were struck by Hurricane Maria. When he arrived he immediately started helping and acknowledging everything around him and he noticed the economic problem in Puerto Rico. Only the wealthy people had food, water, and power and nobody else had those essentials. That is when he decided to take on a problem that was bigger than himself, he knew he had to help Puerto Rico and its people strive and prosper.

So he decided to create Disrupt Mentors so he could teach others about entrepreneurship and how to make money online. He was able to gather a few mentors to help him out so more people in Puerto Rico could earn money and live a better life. Slowly but surely the program started gaining traction and now there are more students than ever. Delgado knew that if more people started businesses in Puerto Rico that it would greatly benefit the economy.

He now focuses on educating people and especially young entrepreneurs on technology and on how to make money online to reach financial freedom. Delgado’s Disrupt Media has collaborated with many great entrepreneurs like David Meltzer, Casey Adams, John Malott, Charlie Rapid, Sam Bakhtiar, and Tai Lopez. Every year Delgado hosts an event called Disrupt Week where many incredible entrepreneurs like himself go to the event in Puerto Rico to speak or attend for priceless knowledge.

Delgado doesn’t plan on slowing down anytime soon because he has a true passion for helping others and creating new partnerships every other week. Delgado’s current Disrupt Week will take place from October 19th through October 27th, 2019. He will have some great speakers there like John Malott, Jennifer Hopp, Jason Capital, Sam Bakhtiar, Casey Adams, Jeremy Haynes, Gabby Berrospi and more. The event will cover how to conquer your mindset and face your fears so that you can disrupt any industry you take part in. Every speaker is in a different industry so the topics will cover many different markets such as Branding, Technology,

When it comes to top entrepreneurs you want to have in your corner, Tony Delgado is definitely one of them. With years and years of experience in Tech, Marketing, Launching courses, and overall Business, he is the go-to guy for help in those industries.