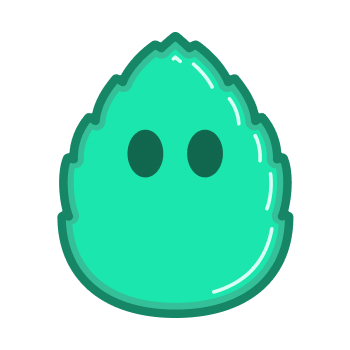 MintySwap will also be releasing its cross-chain swapping platform that allows users to swap tokens between all blockchains!

October 11, 2021 – MintySwap, an innovative platform for minting NFTs and swapping tokens, is announcing the launch of its new NFT play-to-earn video game, MINTED: Battle Against Fiat.

MINTED is a five-versus-five, first-person shooter, NFT-style, skill-based video game, available to play on Steam, that allows players to battle against each other to win digital currencies. The goal in MINTED is to eliminate enemies. Teams of five will battle in a blockchain-style world with swords, spears, arrows and daggers for an opportunity to win real digital currencies such as MINTYS or ETH.

Players have the choice to play three different game modes in MINTED. The first game mode is Casual, as players can easily play and practice their skills in five-versus-five team combat to eliminate other teams.

The second game mode is Ranked, where players have to stake MINTYS to enter a ranked round where winners gain the other team’s staked MINTYS. If players lose the game, they will lose their staked MINTYS. When playing ranked players, teams will have to work together in a test of their skills.

The third mode of MINTED is Blockchain Zombies. Within this game mode, players must survive the most rounds. The top 100 survivors will be rewarded with NFT keys and crates that can be used to unlock cosmetic NFT items for your in-game characters.

With every in-game completion of objectives, players gain digital currencies that can be added straight to their MintySwap wallet. Players can track their stats across games and even team up with groups of friends to compete in tournaments against other players for a chance at winning NFTs or MINTY tokens.

No matter what mode gamers play, there are always more minted NFTs to be collected. There are dozens of amazing NFTs available to be purchased, from weapons and player skins to emotes and even pets. MintySwap is constantly adding and releasing more awesome designs.

MintySwap is also ramping up to release a cross-chain swapping platform that will allow users to swap tokens between all blockchains, such as the BEP20 networks, ERC20 networks and Polygon/Matic networks. MintySwap’s cross-chain swap is set to be released in Q1 2022, in addition to its already-working NFT marketplace and ERC20 Decentralized Exchange.

“We consider MintySwap a next-level NFT community,” said CEO Layth Samarah. “We aim to provide consumers access to cryptocurrency-based financial services, allowing them to exchange, or ‘swap’, various digital assets. We facilitate cross-chain Dex between ETH and BNB and cross-chain swaps to conduct exchange settlements beyond the limitations of a typical isolated blockchain network.”

Samarah added that because MintySwap wants to be more than an NFT marketplace, it will soon be introducing a deflationary native token.

MintySwap was developed to allow users access to an interface where they can mint NFTs and swap tokens easily without high fees or hassle. MintySwap’s development team has been in the crypto space for more than 10 years and we have seen the complications and limitations the current industry has. At MintySwap, we believe we can create a user-friendly, secure and financially friendly environment for users to access the crypto currency markets.
Video Link: