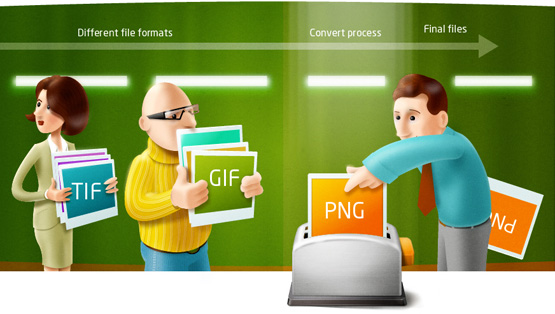 Every new software developed under ReaSoft Development brand name stretches the bounds of usability and current thinking in several ways. With the increasing popularity of its reaConverter Software, the company decided to introduce new concepts and features through a new version that offers clear user interface and better user experience.

Specifically, some of the key new features of this version are:

Moreover, it’s quite easy to use reaConverter with four simple steps. All a user has to do is add images, select from a variety of editing actions, save the result and automate. It’s that easy! However, to make things easier for the users, the reaConverter website has a “How To” segment, where users can find latest articles and tutorials on using reaConverter.

According to company’s spokesperson, Alexander Korostelev: “When it comes to versatility, the new version handles every conceivable format you may encounter. reaConverter also provides a command line utility allowing you to process images automatically. And of course, we’ve added all the most useful features, such as image editing and the most efficient batch processing in any software of this type. Every year thousands of users around the world save thousands of hours using reaConverter.”

Founded in 1999, ReaSoft Development is an IT company specializing in efficient and user-friendly software that meets the demands of both business professionals and amateur home users. Among its customers are Microsoft, Motorola, Siemens, HP, Procter & Gamble and other famous organizations. The key products of ReaSoft Development are ReaConverter, ReaSoft PDF Printer, ReaSoft Network Firewall and ReaSoft Data Backup.