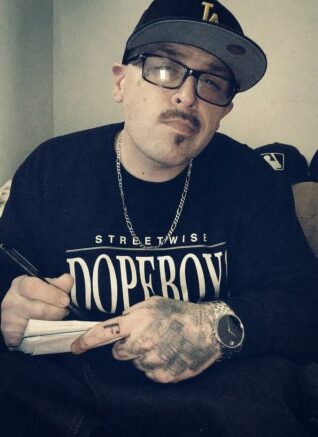 LOS ANGELES, CA – March 15, 2021 – Born and raised in Los Angeles, California Sickoh Nonsense is an up and coming chican rap artist. At the early age of just ten years old this seasoned chicano rap artist and LA native realized that he had an incredible passion for music and fell in love with hip hop. It wasn’t just a dream, Sickoh Nonsense was destined to become a rap artist and have an impact on fans of hip hop music.

As a child Sickoh Nonsense grew up moving around from city to city and from one school to the next school. It wasn’t always easy trying to be positive when one’s from the streets around all of the negativity that comes with the territory. Through all of the ups and the downs he learned how to turn his pain into one of his greatest strengths, rapping. He taught himself how to produce and record his own music at home on the family desktop computer. “I was homeless for a while but that didn’t stop me from recording. I would use an app on my phone to make musica and I would rap about real life struggles that most people can relate to”, says Sickoh Nonsense. Eventually his living conditions improved and Sickoh saved up enough money to purchase some studio equipment and started vigorously recording his music, song after song until he compiled a hefty catalog of music.

“I describe myself as a poetic lyrical street philosopher and music is My Lyrical Therapy Session” which happens to be the title of Sickoh Nonsense’s newest album that he is working on with famed rapper, Mr. Lil One. As a child Sickoh Nonsense grew up listening to Mr. Lil One and in his wildest dreams Sickoh could not have imagined that he would be working side by side with Mr. Lil One. “It is a blessing to have the opportunity to work with Mr. Lil One, not only is he a great inspiration for me but he is also my mentor and gives me the guidance that I need. I’ve also been blessed with the opportunity to work with the accomplished record label executive @FlossyTheBoss. This is truly a dream come true.”

Sickoh Nonsense has been through the crazy life struggles and through all of the ups and the downs he uses his music as a place to air it all out and vent. “I’m tired of the struggles and the problems with the law. So many years of persistence and not giving up, all of the money and the time invested into this music and now I can honestly say I’M READY FOR THE WORLD TO HEAR WHAT I HAVE TO SAY!”