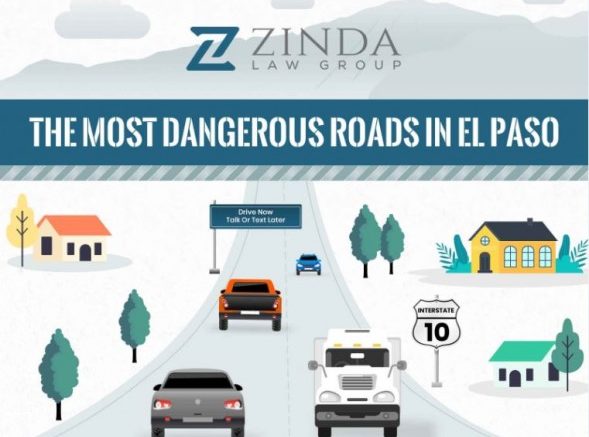 According to the TomTom Traffic Index, El Paso drivers spent an average of 15% extra travel time in 2018 due to traffic congestion. As time on the road increases, the probability of a traffic accident occurring also increases.

Between 2010 and 2018, there has been a 35% increase in total accidents and a 30% increase in fatal accidents on El Paso roads. In an effort to better understand the city, we took a look at the most dangerous roads in El Paso for each type of commuter.

According to the U.S Census Bureau, an estimated 840,758 people lived in the El Paso area in July 2018, which is a 5% increase from 2010 to 2018. As the population in El Paso increases, so does the amount of both commuters and traffic, and ultimately, traffic accidents.

Visit Zinda Law Group today for a free consultation with one of our experienced personal injury attorneys in El Paso.