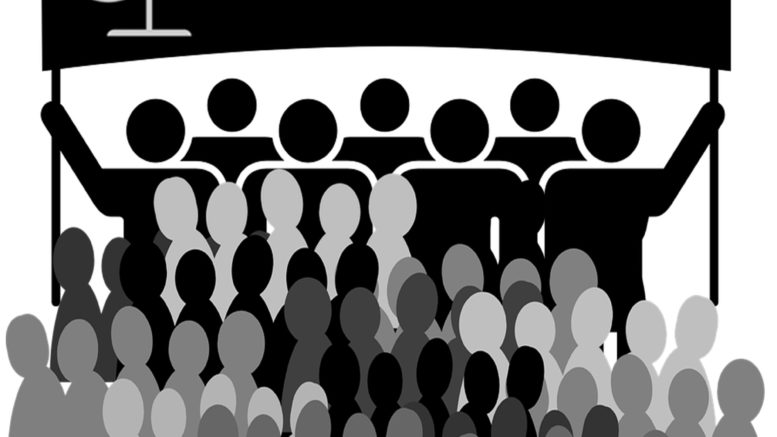 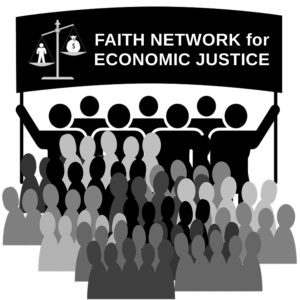 The economy does not work equally or equitably for everyone. Decades of reporting on poverty, inequality, and a shrinking middle class offer ample evidence of economic distress for millions of Americans. The world’s religions are united in proclaiming care for the poor and oppressed. The Faith Network for Economic Justice seeks to mobilize faith groups promoting economic justice in support of America’s Goals 2030.

The  Rev. Jay Lawlor, Episcopal priest and former Harvard economist, has launched the Faith Network for Economic Justice (FNEJ) to build a coalition of faith groups promoting sustainable development. The focus of FNEJ is education and advocacy in support of America’s Goals for 2030. America’s Goals adapt the UN’s Sustainable Development Goals to the US context and offer a non-partisan framework for progress.

“The Faith Network for Economic Justice is founded on the understanding that economic justice is central to the Bible and sacred texts of all the world’s religions,” said the Rev. Jay Lawlor. He elaborated by stating, “FNEJ seeks to reclaim the narrative which places economic justice at the center of faith.”

A key concept for FNEJ is partnering with faith groups, and organizations of good will, in promoting actionable solutions toward economic justice. “America’s Goals are consistent with the witness of faith groups advocating for an economy of restoration,” said the Rev. Lawlor. He continued by stating, “Americas Goals inspire positive change and offer a blueprint for economic and environmental justice in the United States.”

The Rev. Jay Lawlor is no stranger to the world of sustainable development and large-scale advocacy. His work began over twenty years ago while a research economist at Harvard’s Center for International Development. The center was then led by Prof. Jeffrey D. Sachs, the world-renown economist leading America’s Goals for 2030.

In 2002, Prof. Sachs offered the keynote address at a symposium on global poverty created and co-organized by the Rev. Lawlor. In 2003, Rev. Lawlor helped organize a similar symposium with Prof. Sachs addressing the Episcopal Church’s General Convention. That was part of a church-wide movement where the Millennium Development Goals were adopted as a mission priority of the Episcopal Church. Now Lawlor seeks to advance the cause of Americas Goals 2030 by forming a broad coalition of faith groups.

The Rev. Jay Lawlor is the author of two books on the intersection of faith and sustainable development. He is currently writing a third book which focuses on faith and US economic justice. You can learn more about the Faith Network for Economic Justice at https://www.fnej.therevjaylawlor.com/