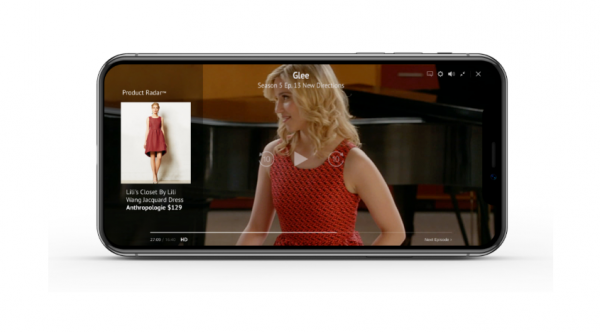 Streaming companies need more revenues to offset the growing costs of video content. “Contextual pause ads” could be the answer.

For popular streaming services, traditional revenue models are maxing out.

After Netflix lost $17 Billion in value in one day from their reported missed earnings, analysts have been speculating that the streaming video leader may be leaving a billion-dollar “windfall” on the table because of their resistance to advertise. In a report by Instinet, the equity analyst wrote, “An ad-supported tier could provide Netflix with a lift to free cash flow, reducing the need to raise debt frequently.”

However, Instinet and others’ pro-ad take doesn’t account for the risk that an ad-supported service could cannibalize Netflix’s existing subscription business. Fans have already balked at seeing test promos between videos, and as reported by TechCrunch, even erupted in protest on social media last year. A report from CNBC shows that an advertising play poses a very real threat to subscriptions, with 23% of users considering canceling their Netflix accounts if they start to see ads.

Even services that have integrated advertising into their platform are seeing limitations to the revenue-stream. Profits still elude the popular “ad-light” platform, HULU, for the 12th year since its founding. And not only has a recent HULU announcement put a cap on ad loads – claiming the best interest of the viewers, but Hulu’s average ad pricing has dropped from approximately $35 per thousand views last year, to rates closer to $20 more recently, suggesting ad revenue is starting to reach saturation.

The alternative – higher subscription fees – is just as dangerous. For Netflix, presumably a substantial number of people would choose to cancel their paid memberships (or downgrade to a hypothetically cheaper service, like Hulu’s entry-level plan). Netflix has already felt strong price resistance this year, having lost 126,000 existing subscribers. CEO Reed Hastings attributes those losses – and Netflix’s massive missed projections–to higher subscription fees, saying the “price hikes that went into effect in January contributed to the weaker-than-expected quarter results.” For Netflix, it appears subscription revenue is starting to plateau, leaving the company with few options to cover costs, and streaming services with an existential dilemma for the future.

The answer may be “on pause”.

As a potential solution, Hulu and AT&T are looking at novel ways to advertise that won’t sacrifice the viewing experience. For these companies, placing ads when users pause content shows promise. “As binge-viewing happens more and more, it’s natural [viewers] are going to want to pause,” said Jeremy Helfand, vice president and head of advertising platforms for Hulu. He also pointed out, however, that Hulu realizes a TV-style commercial propping up as soon as users hit pause would be bad for both viewers and advertisers, citing research that showed “consumers generally preferred ads that were subtle and non-intrusive, and that extensive audio and video when pausing was considered disruptive.” This data has led HULU to start testing pause ads this year, which has so far “shown a positive response from viewers.” Helfand says the company expects to have “more than half of advertising revenue come from non-disruptive experiences” over the next three years. As reported by CNBC, AT&T’s Brian Lesser agrees, “Everybody still hates advertising when an ad interrupts the content. It’s our job to reduce the load on consumers, make it a better experience.” AT&T is relying on research that 66% of consumers wish advertisements were more relevant to their interests and lifestyle, and that 57% feel ads are not relevant to them. “The world needs advertising more than ever,” says Lesser. “We just need to make it more relevant.”

With streaming services seeking ads that are both non-intrusive and highly relevant, the answer could lie in a new technology. Recent developments in computer vision, AI, and image recognition are driving companies like DeepVideo.tv to develop new products that meet this exact need. Similar to Amazon’s IMDB X-Ray, where viewers click pause to see things like actor bios, a cast list, and episode soundtracks, DeepVideo.tv, is an ad network that serves Product Radar™ – product ads that visually match content in paused video scenes. DeepVideo.tv serves these ‘contextual pause ads’ on demand, so when viewers see a product they like while watching a video they only have to hit pause to get information about it, and even buy it.

By making pause ads “contextual,” they could represent a win for all three parties involved in the value exchange of streaming video. First, it gives video publishers a much-needed revenue stream at a time when competition is growing, costs are rising, and revenue models are maxing out. Second, contextual pause ads give advertisers highly targeted exposure to customers at a precise moment of influence – just as viewers discover something they like while watching their favorite video. Finally, viewers get a value-added service that – because it is user-initiated, non-intrusive and highly relevant – is something that can be embraced instead of protested.

According to a spokesperson at the company, DeepVideo.tv’s contextual ad network collects retail product feeds, and uses the latest in machine learning technology to match items visually to the contents of video scenes. Unique to DeepVideo’s platform is that it tags video scenes with highly granular metadata, identifying the contents of each scene so that it can accurately serve similar products in real time.

For Netflix and HBO, who currently rely solely on subscription revenue, contextual pause ads could solve some key problems. They are not only user-initiated and non-interruptive, but because of technologies being developed by companies like DeepVideo.tv, they can be extremely relevant, meaning they don’t present to subscribers as advertising, but instead as an experience-enhancing service.

Ad platforms that provide contextual pause ads like DeepVideo.tv could provide the financial windfall to finally cover streaming companies’ growing operating costs, not to mention a mutual benefit for all parties in the video ecosystem.