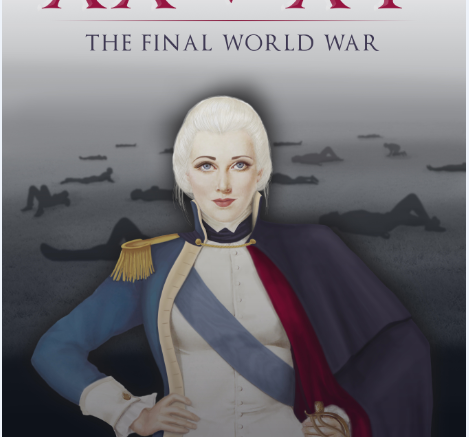 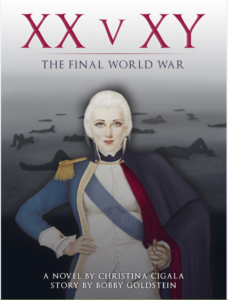 The new book, XX v XY: The Final World War, offers a glimpse of what society faces in light of current sexual harassment accusations and the #MeToo movement. It features an uncannily-accurate description of current politics and attitudes, and taps into a zeitgeist we can’t ignore.

Los Angeles, CA – XX v XY: The Final World War, is a dystopian look at a near-future world where the final war is not fought between nations, but between women and men. Recent sexual harassment and assault allegations in the news, and the emboldened #MeToo movement, make this book poignant and timely.

XX v XY: The Final World War is authored by Christina Cigala, writer and producer who has created programming for MTV, ABC, CBS, Fox, Syfy, Speed Channel, HGTV, VH1, CBS and Tru TV. The story idea is from Bobby Goldstein, president of Bobby Goldstein Productions and the creator of Cheaters, the hidden-camera television series about people suspected of cheating on their partners.

An expert in the intricacies of the conflicts between men and women, Goldstein conceptualized the book to deliver a wakeup call to all generations. In the time between its writing and publication, real-world events have made the book of fiction read more like a prophecy.

Goldstein says, “The original concept for this book is many years old. That’s why the coincidence of real-world events unraveling right now, right after the book’s release, is a bit startling. I believe this is a topic that has been simmering to a boil for some time now. Whether Christina and I tapped into a Universal consciousness, or it was a coincidence, the striking message of the book is a gut-punch the world needs.”

Cigala adds, “There are some strange coincidences between the book and real life. I wrote it long before last year’s presidential election. The fact that the fictional President X in XX v XY runs a beauty pageant, like our current President Donald Trump owned and ran the Miss Universe pageant, is a coincidence that many have noted. Disconcerting? Yes, it is!”

XX v XY: The Final World War is set in a world where the United States is divided. In East America, the most fertile women go through excruciating body and mind-altering training to achieve a standard of uniform beauty. They are called “Nancys”, and each has the same white hair and light eyes. There is no way to differentiate each woman from her identical “sisters”. Here, readers meet Nancy159, who is fifteen-years-old. She’s auditioning to be the seventh wife of President X, the ruler of the Eastern States. If she wins, she’ll be married to the most powerful man in the world; if she loses, she’ll die.

In the West, women rule. Here the reader encounters Avis Baron, who is the daughter of the Luminary of West America. Avis recently stopped taking her Amplexus pill, which is taken by all women in West America to control emotions. She discovers feelings like she never knew before — especially the new feelings she’s developing for her friend Ethan.

XX v XY: The Final World War is considered a read for our times, and is frequently compared to Margaret Atwood’s The Handmaid’s Tale. It is a raw and real look at the not-too-distant future if society continues its current path.

Goldstein adds, “This book is a slice of the entire loaf in a series. There is also the story of what happened before—the journey that got us to this point. As well, we haven’t shared what is destined to happen: the complete coup d’etat that will dethrone men as rulers and cause their subjection to the same indignities that women have suffered for centuries. That’s just a teaser of what is forthcoming from the great, Christina Cigala!”

XX v XY: The Final World War is written by Christina Cigala and created by Bobby Goldstein. Cigala has created television programming for MTV, ABC, CBS, Fox, Syfy, Speed Channel, HGTV, VH1, CBS and Tru TV, and has collaborated with creatives such as Jared Leto, Gordon Ramsey, Tyler Chrisley, and the U.S. Army. As a playwright, her work has been produced widely Off-Broadway, Off-off Broadway, in Los Angeles, Dallas, San Antonio, Houston and in other regional theaters across the U.S. She has taught film intensives and guest lectured at Stanford University, Cal Arts, Colombia College, and the Actors Studio. Christina has an MFA in Playwriting from the Actors Studio Drama School in New York and a BA from Baylor University.

Bobby Goldstein is the president of Bobby Goldstein Productions and the creator of Cheaters, one of the longest-running syndicated shows in history, now airing daily in 215 U. S. markets and in over 100 foreign countries. Goldstein is recognized by many for his ability to spot cultural trends and capitalize on rebellious ideas.

XX v XY: The Final World War is published by Post Hill Press. It is available from Amazon, Barnes & Noble, and retailers everywhere.