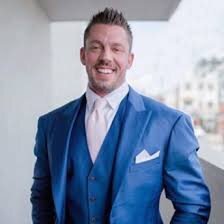 Mover and shaker in the Midwest quickly earning comparisons to Jay Abraham!

Columbus, OH – April 23, 2020 – Over the past 10 years, the founder of the Niddel Group and a multitude of other businesses, Ryan Niddel has made some remarkable achievements in the business world. Over the years, he has worked tirelessly to establish himself as a leading business growth specialist and serial entrepreneur who has been dedicated to taking 8 figure businesses to the next level and helping the owners solidify their legacy. However, his career didn’t start nearly as glamorous. His first company was Brain Host, founded in 2009,  eventually growing it to $35M per year despite encountering crippling industry regulations and tremendously aggressive competition.

Niddel’s current role as Business Growth Specialist/Founder of the Niddel Group is to increase revenue, impact and income of 8-figure business across the globe. Tenacity, humility and relentless drive have helped Ryan Niddel build one of the most reputable and fastest growing consulting companies in America. That said, it has not always been easy going for Niddel, and that is well-evident from his humble beginnings.

Born in the 80’s in Cincinnati, OH, Ryan Niddel had a diverse upbringing.  Moving from Ohio, to New York and ultimately back to Ohio as his father climbed the corporate latter at Adelphia Cable, exposed Niddel to a multitude of different negotiations and business endeavors early in life. Ryan has received numerous accolades for his business achievements and continues to help communities through volunteer efforts and contributing to local entrepreneurs. From iTunes most downloaded new podcast of 2018, to INC Magazines top entrepreneurs to watch out for in 2019, Niddel continues to blaze trails in every business arena he stakes his claim.

When asked where the idea for the Niddel Group came from, Ryan claims it started around 2017 after developing numerous successful businesses and realizing there was a hidden formula successful business applied to transition from a small success into huge 9 figure (or larger) companies. He decided to help business owners who grew their business from scratch but are currently stuck and don’t know how to grow past 8 figures. “I made the decision to help other businesses who have a great product and can really help people and make an impact. Helping those companies rise to the top is a great feeling and compliments my sales, advertising and marketing background.”

After having a conversation with a home health care client during the 2020 pandemic, he realized most 8 figures businesses were not positioned to quickly pivot while capitalizing on a volatile economy in a strategic manner that allow them increase market share.  “We couldn’t stand by and watch the economy fall. So, having an unfair advantage in this area, we decided to do something about it.”

Niddel stated he has had many mistakes, failures and bruises along the way, and admits that in scaling his 2014 start up (which went belly up causing him to lose everything), he had gotten too aggressive and let his ambitions take things too far at times. “Everyone is competing in the same space and trying to make a mark. But only a few will win out. With the speed of change in our world you have to always be on the lookout for the next strategy and not rely on any single path for success.” Given that the world has quickly changed and will affect the global business landscape, many are forced to adapt at a faster rate than ever before. Therefore, Niddel advises that any business looking for a way to stabilize after the pandemic and continue growing towards a potential 9 and 10 figure exit should increase operational efficiency, double down on strategic marketing, and keep a watchful eye on the relationship based sales process.