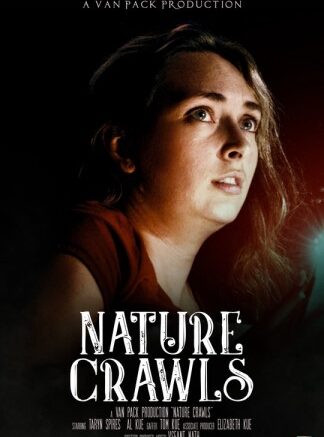 Atlanta, GA – Sep 29, 2020 – Vseant Nath has worn many hats during his career in the film industry and he recently launched his new production company, Van Pack Productions. To celebrate, Vseant will be releasing three short films in the upcoming months, all of which are currently in the editing phase.

“I believe that it’s not us that hold power to create stories, but the people, nature, and god-like phenomena around us – that is what keeps us going,” said Vseant. “Being in the film industry, I plan to keep going with this phenomenon, producing more stories to display on screens and create my mark on the audience.”

Vseant’s first new film will be “Ganush: The Pursuit of 5 Stars.” The dramedy is an example of the power of social media in today’s world. The film highlights Ganush’s adventures as he fights for his online reputation. A behind-the-scenes puppeteer pulls the strings as a social media group of mafia moms gang up on Ganush’s local falafel shop, rallying to take down the business.

His second film is “Pigs in a Blanket.” An entry in the thriller/horror genre, it may make people think twice before they insult someone who has served them or provided customer service. It follows the events of an angry customer whose life is cut short following an incident at a plastic surgeon’s office.

Just in time for Halloween is “Nature Crawls,” a foray into the supernatural/horror genre in which Vseant explores the nocturnal habit of waking at 3 a.m. and its significance. For instance, reading the news about a neighbor’s house being burned down before going back to sleep doesn’t seem like a good idea.

It’s no surprise that Vseant would enter the film industry where he can tell his own stories. Born in India, he grew up in Kentucky. He inherited a gift for storytelling from his grandmother, Krish, who raised him. She was a never ending source of stories that allowed his imagination to soar. He’s now following in her footsteps and paying homage to her spirit of adventure through the telling of his own tales with Van Pack Productions.

Vseant Nath is a director, producer, writer and actor. He studied filmmaking, directing, and producing at the New York Film Academy. He’s the founder of Van Pack Productions, a production company focused on bringing joy, excitement, laughter, and memories to his audience.