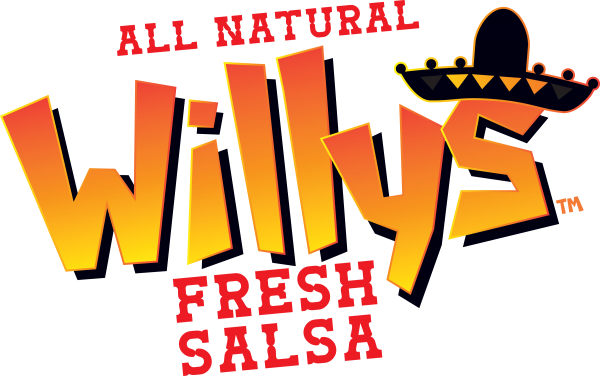 SWANTON, OH – August 21, 2019 – Willy’s, Inc., a specialty food manufacturer that produces and distributes Willy’s Fresh Salsa, the fastest growing salsa in the US, announced today that it has been recognized as one of the fastest growing private companies in the United States by making the 2019 Inc. 5000 List at #651 with a three year accumulated growth of 679%. Willy’s also ranked #1 in Toledo, #12 in Ohio and #21 in National Food & Beverages.

“This award is a testament to the power of integrity, tenacity, perseverance, belief, vision and leadership. Our founder, Dennis Dickey, started Willy’s in his kitchen in 2006 with the simple belief that consumers deserved a better, healthier salsa option. Starting at an age when most men are sampling the golf courses around their planned retirement homes, Dennis took his salsa to the marketplace selling one tub at a time at local and regional farmers markets and trade shows where he built a rabid fan base,” said J. David Cole, Chief Operating Officer of Willy’s Inc., “That rabid fan base now spans 50 states and the District of Columbia, and is served by over 8,500 stores. In the process, Willy’s has done what few other companies have ever done – go nationwide with a traditionally regional product – and that achievement was only possible through the efforts of our skilled and motivated team members who are rabid fans themselves.”

The Inc. 5000 is the most prestigious ranking of the nation’s fastest-growing private companies. Well-known companies like Microsoft, Dell, Domino’s Pizza, Pandora, LinkedIn and Zillow gained their first national exposure as honorees on the Inc. 5000 list.

The 2019 Inc. 5000, listed online at Inc.com, as a whole shows staggering growth compared with prior lists. The average company on the list achieved a three-year growth of 454%, aggregate revenue of listed companies is $237.7 billion and the companies on the list collectively accounted for 1,216,308 jobs over the past three years. Willy’s unique listing is at: https://www.inc.com/profile/willys

Founded in 2006, Willy’s, Inc. produces and distributes Willy’s Fresh Salsa, the fastest growing fresh salsa in the United States. From humble beginnings, Willy’s has grown into a national company with distribution through 8,520 locations representing over 60 banners across all 50 states, the District of Columbia and Puerto Rico. Willy’s Fresh Salsa is All Natural with locally-grown tomatoes, Gluten-Free, Vegan Certified, Kosher Certified and no water or oils have been added to modify the flavor. CAUTION: HIGHLY ADDICTIVE!