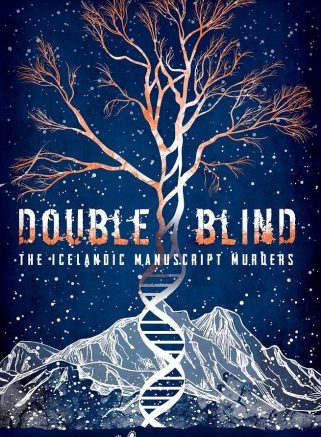 A member of the team that discovered the genes associated with muscular dystrophy, Huntington’s disease, and dwarfism, Sara Winokur will release her first Icelandic mystery novel on March 31st.

Los Angeles, California – After a long and rewarding career as a scientist, Sara Winokur reinvents herself as an author with her debut mystery novel, Double Blind: The Icelandic Manuscript Murders. Dubbed “a riveting mystery tale with a compelling lead character” by Kirkus Reviews, the book immerses the reader in the surreal landscapes and rich culture of Iceland.

“Because I’m so passionate about travel, culture, and landscapes, it can’t help but be a big part of my writing. When I wrote Double Blind, I tried to integrate the science of genetics and Icelandic culture with the story,” explains Sara Winokur.

Double Blind: The Icelandic Manuscript Murders is a wild ride from rural farmsteads to icy fjords to the high-tech world of DNA forensics lead by a strong female character.

Twenty years after a young boy disappears in the chill of North Iceland, a mysterious poem lands on the desk of his twin sister Brynja, a forensic geneticist, and rekindles her hopes that her brother might be alive. As Brynja unravels the clues, more poems arrive, each bearing dire consequences for those who receive them: the guard of the medieval manuscript of Icelandic sagas that possibly has the answer to her burning question, the prime minister’s secretary, the local pastor. Fighting the visual auras that have plagued her since childhood and now threaten everything she holds dear, Brynja must summon the strength to navigate the twisted labyrinth of the poet’s mind and confront the dark secret buried in her family’s past.

According to BlueInk’s Notable Book review, “It’s enticing to compare this fine, galloping murder mystery to the late Swedish author Stieg Larsson’s Girl with the Dragon Tattoo trilogy, but that would be a disservice to Winokur’s compelling debut.”

Winokur says, “Reinventing myself from being a scientist to a novelist has been a huge challenge, but I’m so proud of the result. Double Blind: The Icelandic Manuscript Murders is exactly the book I wanted to write.”

Double Blind: The Icelandic Manuscript Murders is available on pre-order in digital version on Amazon and will be officially released on March 31, 2020.

Sara Winokur is a Ph.D. molecular geneticist and the author of the Icelandic mystery, Double Blind: The Icelandic Manuscript Murders. She has worked on DNA analysis of human genetic diseases and was part of the team that discovered the genes associated with Muscular Dystrophy, Huntington’s Disease, and Dwarfism.

Dozens of her articles have been published in scientific journals. Her research has appeared in Human Molecular Genetics, Nature Genetics, and Cell Stem Cell. Sara remains a well-respected figure in the scientific community. You can learn more about her and her books on her website https://www.sarawinokur.com/.