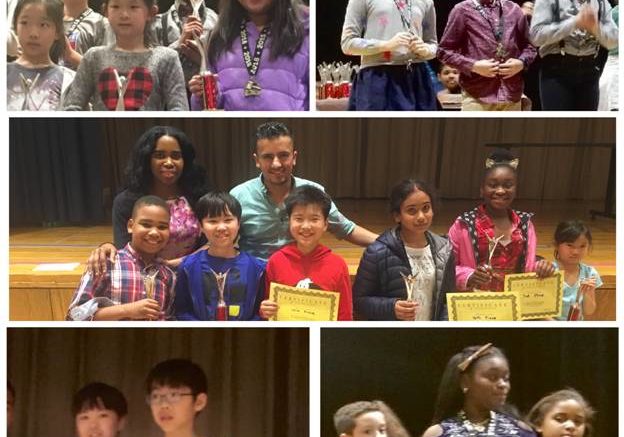 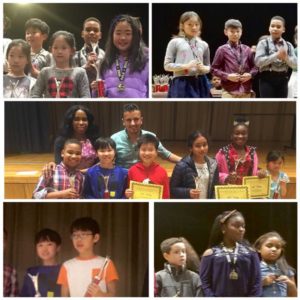 After a year of hard work and training, the Early Scholars debate team has earned the championship spot in the NYC Urban Debate League Tournament for the third year in a row.

May 25, 2018 – New York, NY – On Saturday, May 19th, Early Scholars was named the “Top Elementary Debate Team” in New York City, earning the spot as 2018 champions. Early Scholars has held the champion position for three years running. The award came after the NYC Urban Debate League Tournament hosted by the largest city debate team in the nation. To win the award, the Early Scholars team participated in three rounds of debate covering two topics.

Early Scholars focuses on educating debaters in the art of debate at a young age. The Early Scholars dual debate training program offers a combination of intensive online debate dialogue sessions and onsite training to help scholars improve reasoning skills, higher order thinking, research and note taking skills, poise, and confidence. After the first term of training, most students are able to use reason and evidence to form and deliver balanced, informed arguments, allowing the team to perform well at tournaments like the NYC Urban Debate League Tournament.

“Educating our scholars to gain deeper content knowledge and present reasoned ideas with confidence is part of our program’s philosophy,” said Dr. Erin Jacques, CEO of Early Scholars. “We believe that for students to succeed in the 21st century, they need to demonstrate strong intellectual and social competencies, drive change, influence others, and collaborate effectively. In turn, our debate coaches are topic matter experts with extensive practical experience who facilitate the success of our scholars.”

One of those coaches, Alissa Semple indicated her pride in the students and their work and growth throughout the year. “I continue to be impressed by the dedication of our scholars, and I enjoy seeing their skills improve,” she said. One of the team’s newest debaters, Tyler Kye, was able to earn sixth place at his first tournament this year because of the excellent work of the coaches and teammates who trained him in the art of debate.

Dr. Jacques also expressed pride in the work of the students and their ability to remain flexible throughout the year. “The students talked about the unpredictability of the debates,” Dr. Jacques stated. “We explained to them that the mornings of the tournaments are unpredictable. Debaters have to be flexible and adaptable and learn how to roll with the punches.”

As an example, Dr. Jacques pointed to the tenacity of Anelyse Lopez, one of their debate team members. On the morning of one of the team’s tournaments, her two teammates were not able to arrive in time for the debate due to car troubles. She had to take on a three-person team of opponents as an Ironwoman, or one-person debater. She was able to push through the challenge to take home third place overall.

At the May 19th tournament, three of the team’s debaters took home top team winner awards: Adrian Chen, Zachary Jacques and Bryan Xie. All three are veteran Early Scholars. The team is looking forward to continuing the winning streak in 2019.